I read a tweet from Al Gore at the start of this week that ended “We must choose a sustainable path forward.” I followed this up with a look at some of the replies and was amazed to see a huge expunging of bile! Some of this was directed personally at Al, but a lot of the comments were, in my considered opinion mental. The replies also contained a link to simonscando’s post. This post is relatively well researched and begins by doing something that I still want to do; properly define the word “sustainable”. Unfortunately, Simon’s post then goes into some very detailed hair splitting about the definition of the word “sustainable” and misses the point of why it is being used. It does however reference BS-8900:2006 which I think I need to get to grips with at some point? From a correct etymological a grammatical perspective I’m sure Simon is correct, but here is at least part of my interpretation of sustainability and unstainability (which may not even be a word!)

We as individuals automatically assume that we don’t have “great power”, that super heroes, or in reality, a chosen few leaders hold the power and thus the responsibility. But the whole human race is accountable. Our intellect and grasp of the physical world means that we could easily crush nature and ourselves in so many varied ways. It has been said many times that the Earth would survive anything we can do. It would endure, would spin on. We are, after all, not THAT powerful. But we do have nuclear bombs, people who strip forests and frack the land as well as a multitude of other nasty practices that can and do severely damage the planet making it an environment that can’t sustain life like ours!

It is a sort of self harm to attack the world in this way and to use the resources we have in unsustainable ways. That’s our power. An ability to destroy, and for what? Fossil fuels are extracted because individuals drive petrol and diesel vehicles. Forests are felled because we want a nice table or burgers, and the list goes on.

On an individual level this behavior to consume has been borne from generation upon generation of people striving for comfort. For the majority of human history, we didn’t know these resources were as finite as they are. We didn’t know how to do things any other way, and there was far fewer people to use what resources the Earth has.

Everyone is powerful, everyone can make choices to change behavior and learn how we can live in a way that can continue indefinitely. The problem is that the issues are global and the solutions are individual and it is very hard to resolve the two. When I first started this blog I reasoned that one person can not change the world. I sort of asked the exact question of postconsumerlife. I have since discovered that I was very wrong. People are blogging, tweeting, getting off their bums and doing lots of good work. I now understand that this is a small person’s, infact every person’s fix to make. A crowd is made up of individuals, and individuals hold the power and responsibility to act correctly. The choices you make and the actions you take drive the world. Choose wisely.

BUT, Maybe we should reduce our interest in sustainability a little? Oh my god, this is my first proper sustainability blog post and I’m suggesting we don’t look at it. What is going on?

It is easy to get confused and bogged down when trying to understand how sustainable a thing or a process is. People can argue that it might not be sustainable, that this positive status can be used to hide all manner bad practice and ambiguity by those just jumping on the band wagon. I suppose this relates a little to The Story of Stuff. People don’t naturally think of where things come from. If it’s not instantly obvious, everyone just presumes that employees are treated nicely, and no organisation would operate in a way that kills animals, produces toxic waste or is in any large way knowingly “bad”. But they are and they do.

A company that trades on sustainability is not a definite thing. It could do what it likes and buy carbon credits. It could look good in the first world and take advantage of workers in other countries. It could, for example, be a solar panel company (no specifics or axes to grind, honest) who’s advertising features green colours and pictures of flowers, while it is busy pouring chemicals out the back of its factory. Nothing is definite when you can spin it. I also have a feeling that my examples have just described an unfortunately large number of companies. Companies that are being described as sustainable, and that are therefore not all being encouraged to improve!

Why don’t we instead concentrate on stopping unsustainable things? If we were to concentrate on eradicating unsustainable practices we could be much more definite in our decision making. We could look at the world and what it has in it and make a prioritised list from the worst practices and the shortest resources. I imagine that this list would already be easy to create if it has not been in existence for a long time? So let us work to stop cutting down forests because we cut down more than we plant and we know trees are good. Let’s try to move away from fossil fuels not just because they release harmful gases into the atmosphere, but because it is now obvious that there isn’t enough of the stuff left for us to use it for much longer.  Sustainability then becomes the norm. Its not special to be thoughtful and ethical. Unsustainable things that hurt the planet can’t last. All the other arguments are irrelevant. 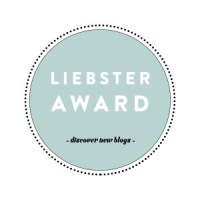 Murder Down To A Tea

“The person, be it gentleman or lady, who has not pleasure in a good novel, must be intolerably stupid.” ― Jane Austen

First Off The Shelf

I'm not buying new books. I'm reading the ones I already own.

the past is a beast we cannot tame, but can name

Making Lemonade since 2011 | by Brendan Leonard

I'm not buying new books. I'm reading the ones I already own.

A little about me, a lot about books, and a dash of something else

Thoughts and ideas on creative and other important questions.

A community of readers

Virtue, Vice, and Everything in Between

Books for the Trees

A quest for literary wonder; book reviews and musings on writing.

Thoughts on Writing, Art, and Life